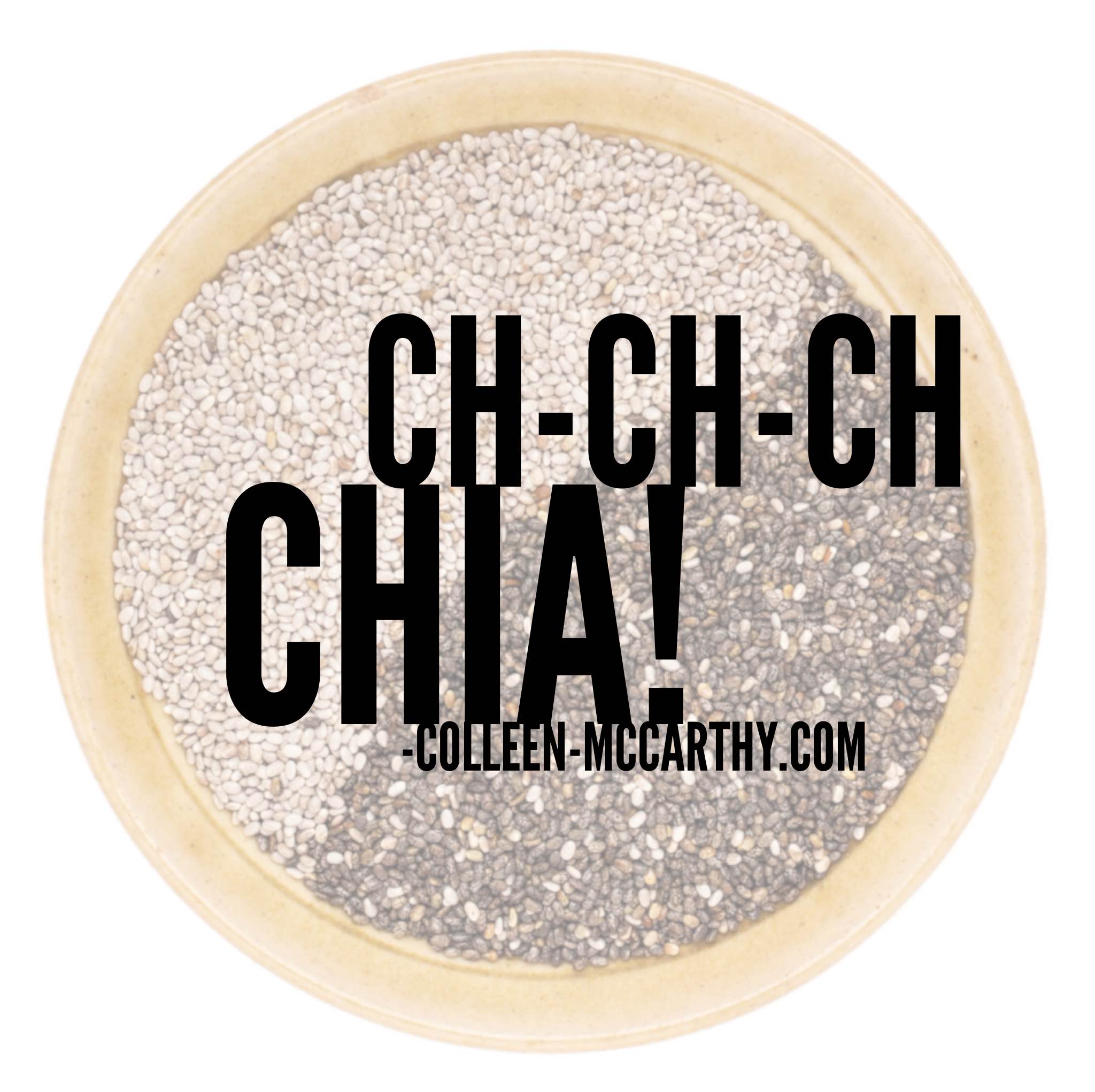 Everyone who has searched the internet for healthy eating tips or flipped through one of the many fitness magazines out there has been exposed to the growing craze of The Super Food.  Whether you are looking at a single food source or a proprietary combination of different ingredients, Super Foods are purported to be so full of vitamins, minerals, antioxidants and polyphenols (micro-nutrients) that they will super-charge your workouts, give you clearer skin, improve brain function, and essentially act as a panacea for all your health concerns.  But where do the health facts and the marketing schemes actually converge?

In this entry I will discuss the health benefits of Chia seeds, the “newest” health food craze to hit the Health & Wellness Markets.  Let’s see if we can find a little clarity on this intentionally misleading health food trend.

I’m going way, way back to start out here.  In 1519 Spanish conquistador Hernan Cortes arrived in Mexico on a mission to claim new lands for the Spanish empire and subjugate the indigenous population.  Three years after arriving he caused the fall of the Aztec empire.  So I guess you could say his mission was a success…

Cortes’ invasion was successful in part due to his systematic destruction of the indigenous culture and it’s traditions.  It just so happens that Chia was such an important and revered agricultural crop that ancient Aztec’s went so far as to worship the Chia plant, and Chia seeds played a prominent role in many of the region’s religious rituals.  When the Chia seeds went, so did the Aztecs.

It has only been in the last 20 years or so, with the emergence of the Super Food health craze, that Chia seeds have been cultivated on a scale large enough to export outside of it’s growing region.  The Chia seeds you find in your local health food store come from Mesoamerica and the South American highlands of Bolivia, Peru, Columbia, and Northern Argentina.  Depending on where you get your Chia from, many farmers use no-till methods to ensure long term soil fertility and are staunch about being non-GMO.

By now you’re probably saying, “Okay, okay, I get it.  Chia seeds are rad.  But exactly how rad are they?”  Of all Super Foods currently available (I’m excluding Super Food shakes and blended ingredients marketed as meal replacement options) Chia seeds are the most nutrient dense and versatile natural supplement around.  It seems like the Aztec’s knew what they were worshipping.

Chia is a blue flowering plant that is related to mint and sage.  It’s tiny little seeds boast incredible amounts of Omega-3 and Omega-6 essential fatty acids, are a complete source of plant protein, contain fiber, potassium, magnesium, calcium, all 10 amino acids humans need to synthesize protein, and five different types of antioxidants.  Oh, and they’re also hydrophilic (which means they love water).  Chia seeds can absorb up to 10x their weight in water.  When you eat Chia seeds and drink water, they act like little camel sacks, helping you stay hydrated for longer periods of time.

Based on the current limitations to eating a balanced diet in a Western Society, Chia’s high levels of Omega-3 and Omega-6 essential fatty acids alone make it a viable supplement option.  Do you take fish oil to add Omega fatty acids to your diet?  You could replace that with Chia Seeds, get more Omega for you buck, AND Chia is a naturally occurring whole food that isn’t processed before consumption.

A serious side note here: an ideal ratio of 3 to 6 fatty acids is 1:1.  The Western diet averages a ratio of 1:16.  We get a lot of Omega-6 from processed foods and saturated fats that can be difficult to avoid.  When this ratio is out of balance the pathogenesis of illnesses like cardiovascular disease, cancer, and inflammatory and autoimmune disease is significantly increased.  And although we do need Omega 6, Chia has about three times more Omega 3 than Omega 6 acids.  Pretty nice, right?

As you can see, there is a lot to say about Chia seeds and the benefits of adding them to your diet.  The final bit of technical information I’ll give you concerns Chia’s glycemic load.  A food’s glycemic load refers to how much that particular food raises your blood sugar level, which is a contributing factor to the possible onset of diabetes.  A load of 1-10 is considered low, 11-19 is medium, and 20 and up is high.  Well, Chia seeds have a glycemic load of just one, and there is even current research that suggests Chia seeds have a mitigating effect on the glycemic load of other foods.  Enough already!

Based on the current evidence I have to say that Chia seeds are worth the hype.  And if you’re not sold on the idea of dumping a spoonful of tiny little seeds in your water, or adding them to your oatmeal, think about it like this: some of the most essential nutrients you are getting from a multivitamin or a fish oil supplement can be found in a single, naturally occurring food source, the Chia seed.  If you’re attempting to live a more holistic lifestyle, or eat a more naturally balanced diet, then start by diversifying the real foods you eat in favor of adding more vitamin pills or supplement shakes.

You can get a densely packed multivitamin to supplement your nutrient intake, but if you have the option of getting something similar from a food that grows from the soil, I suggest you give it a try.

Are you a chia fan?? If so, how do you like to incorporate them into your  recipes? smoothies, drinks, etc?

One of my fav recipes for me to use chia seeds in is my Energy bite recipe!

You can pick some up to try here:

Ahh the wonderful benefits of juicing!